When Portland’s Damian Lillard nailed a 37-foot-long three-pointer to eliminate the Oklahoma City Thunder from the 2019 playoffs, he did so in his own Adidas signature sneakers, just like he has ever since the brand gave him his first signature sneaker in early 2015. 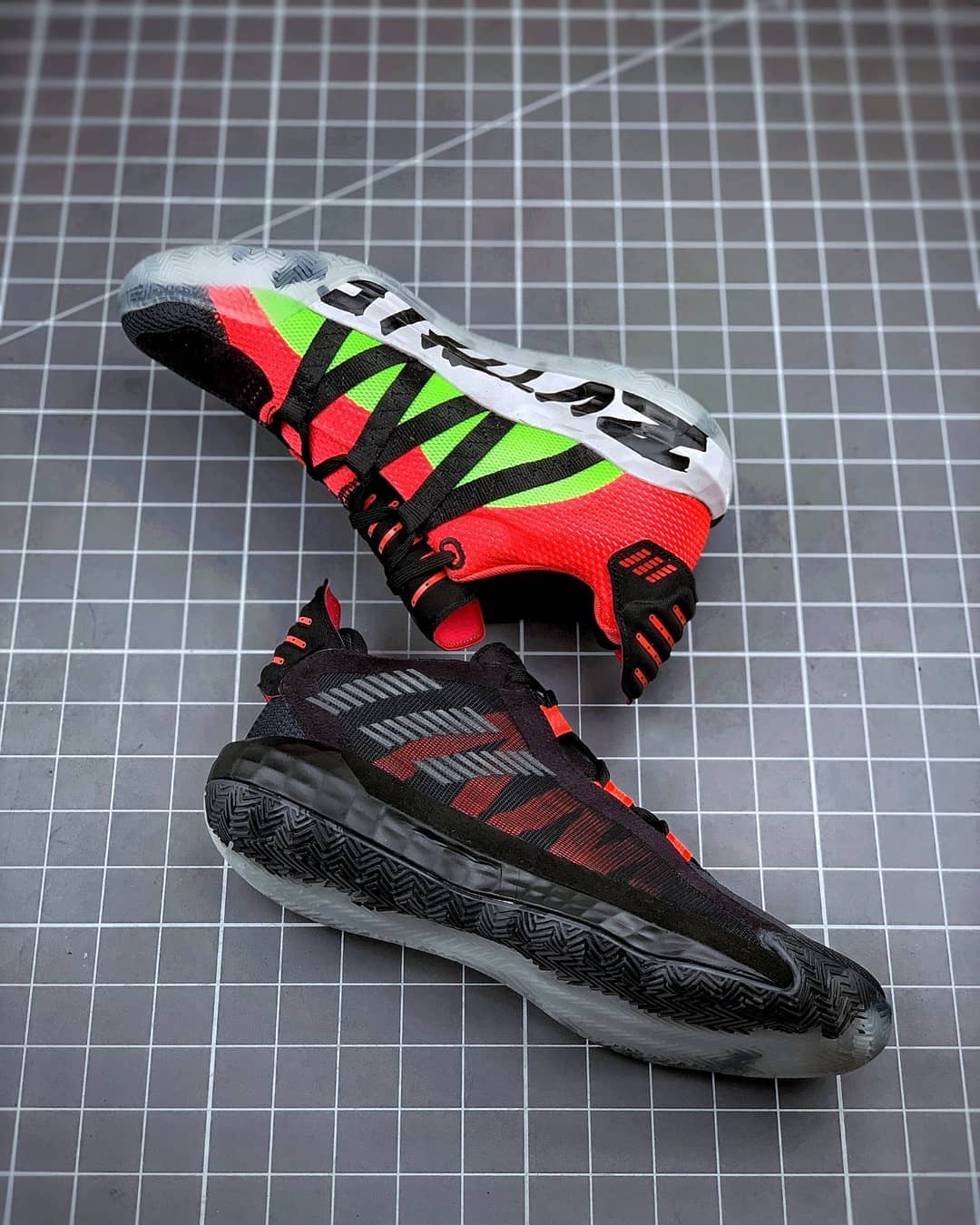 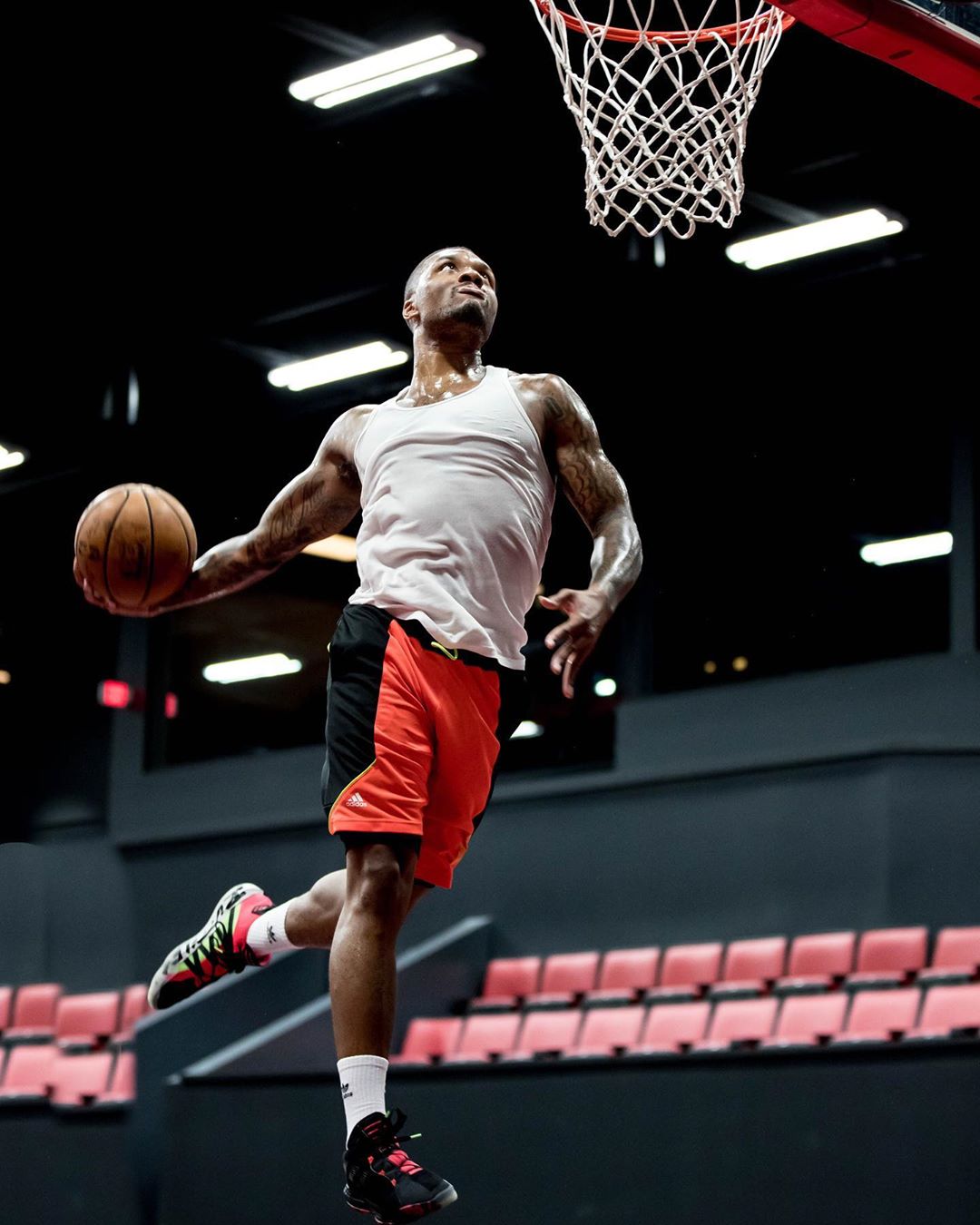 Nearly five years later Lillard’s star has continued to grow, his legacy cementing in Portland — also the base of the Adidas basketball office, located at the brand’s North American headquarters just 2.5 miles from the Trail Blazers’ home of the Moda Center, allowing Adidas designers frequent access to Lillard’s thoughts on fashion, design and sneakers. The time has given rise to the official announcement of the Dame 6 sneaker.

Officially releasing Nov. 29 in the “Ruthless” colorway, followed by “Hecklers” on Jan. 18, the new Dame 6 aims to help the All-Star point guard and rapper tell his story of being both an athlete and a creator. With that, Adidas has embraced color — and plenty of it — in the new design. And, of course, technology plays a pivotal role.

“Early in the design process, the many sides of Dame’s personality emerged during our conversations with Dame,” says Jimi Taylor, senior footwear designer for Adidas Basketball. “He’s a leader, a family man, a businessman and more, but when he hits the court, a different side comes out.” 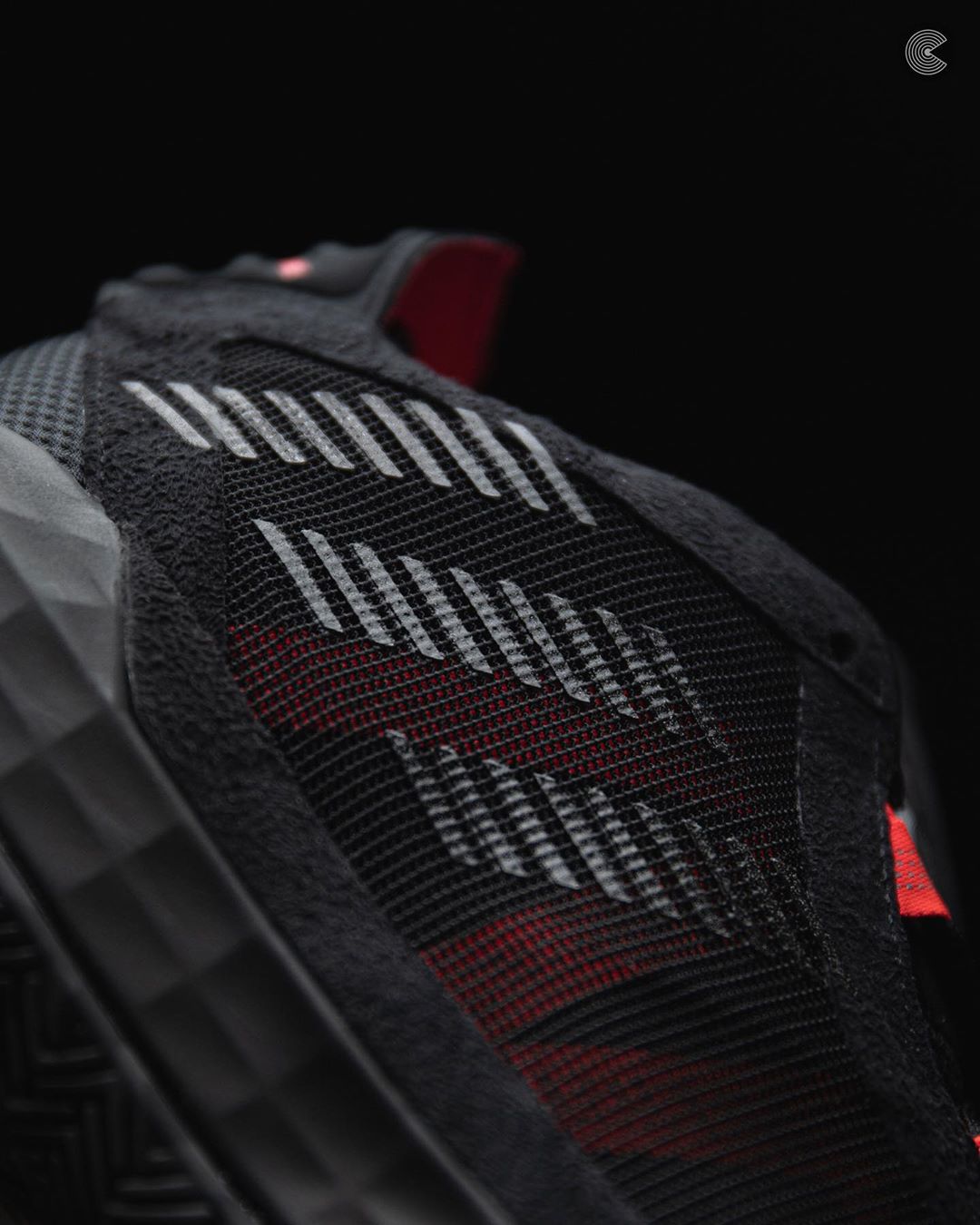 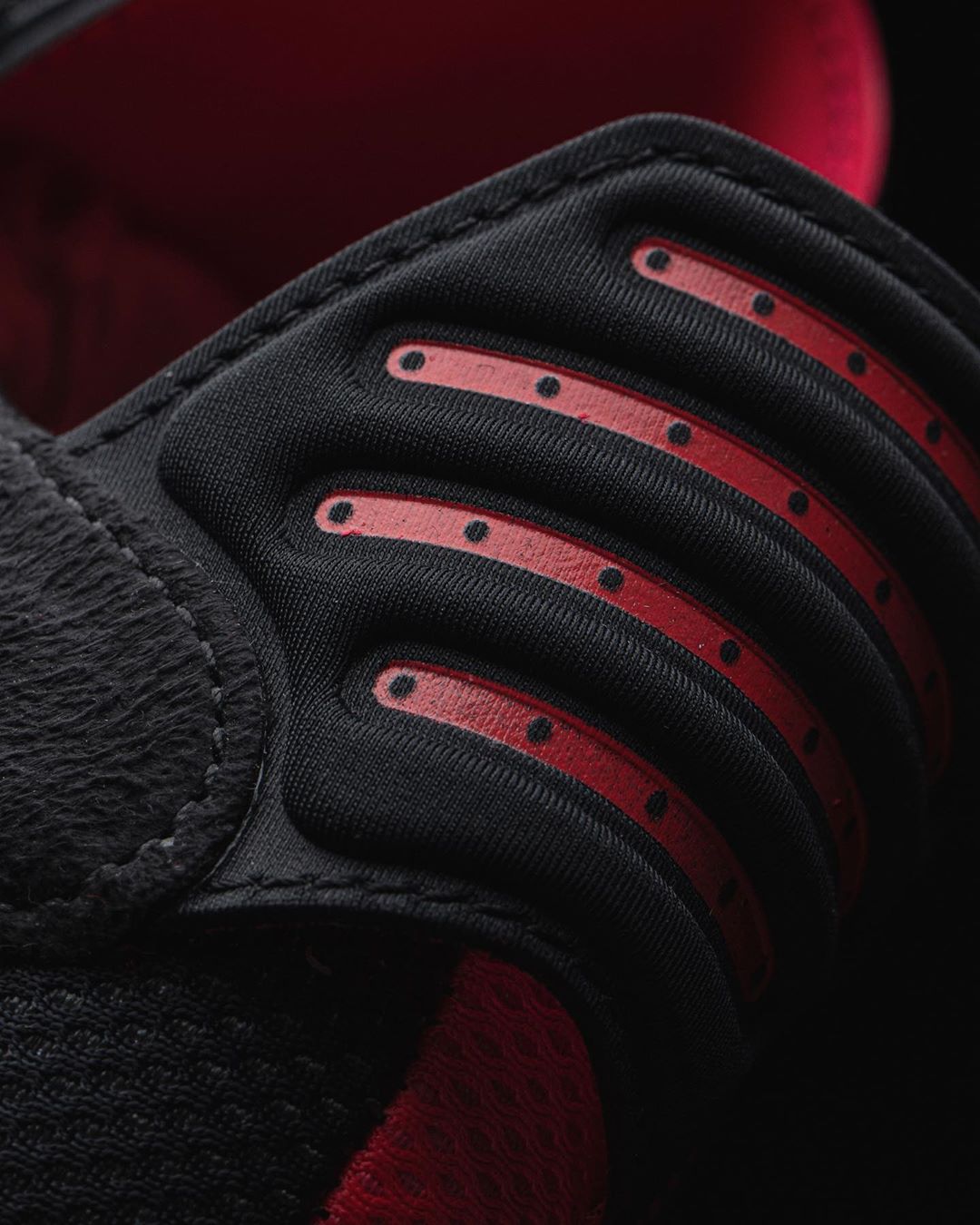 Taylor wants the Dame 6 to embody “Dame’s multidimensional persona from both sides of the shoe. The outside speaks to Dame’s focus, while the interior peels back the layers to showcase the inner workings of the shoe and celebrates Dame’s ruthless mindset on the court.” The dichotomy is aesthetically noticeable.

The launch colorway of “Ruthless,” then, placed the word “ruthless” in bold script on the medial midsole. The black textile mesh upper includes split hues of neon pink and green, accented with a black suede overlay on the toe box.

“I come out to compete against people, but I don’t say a whole lot. I don’t talk trash, I just go at them every opportunity I get,” Lillard says. “There’s a way to go about it in life and in basketball, being compassionate and ruthless. It’s important to have both; I was raised that way.” 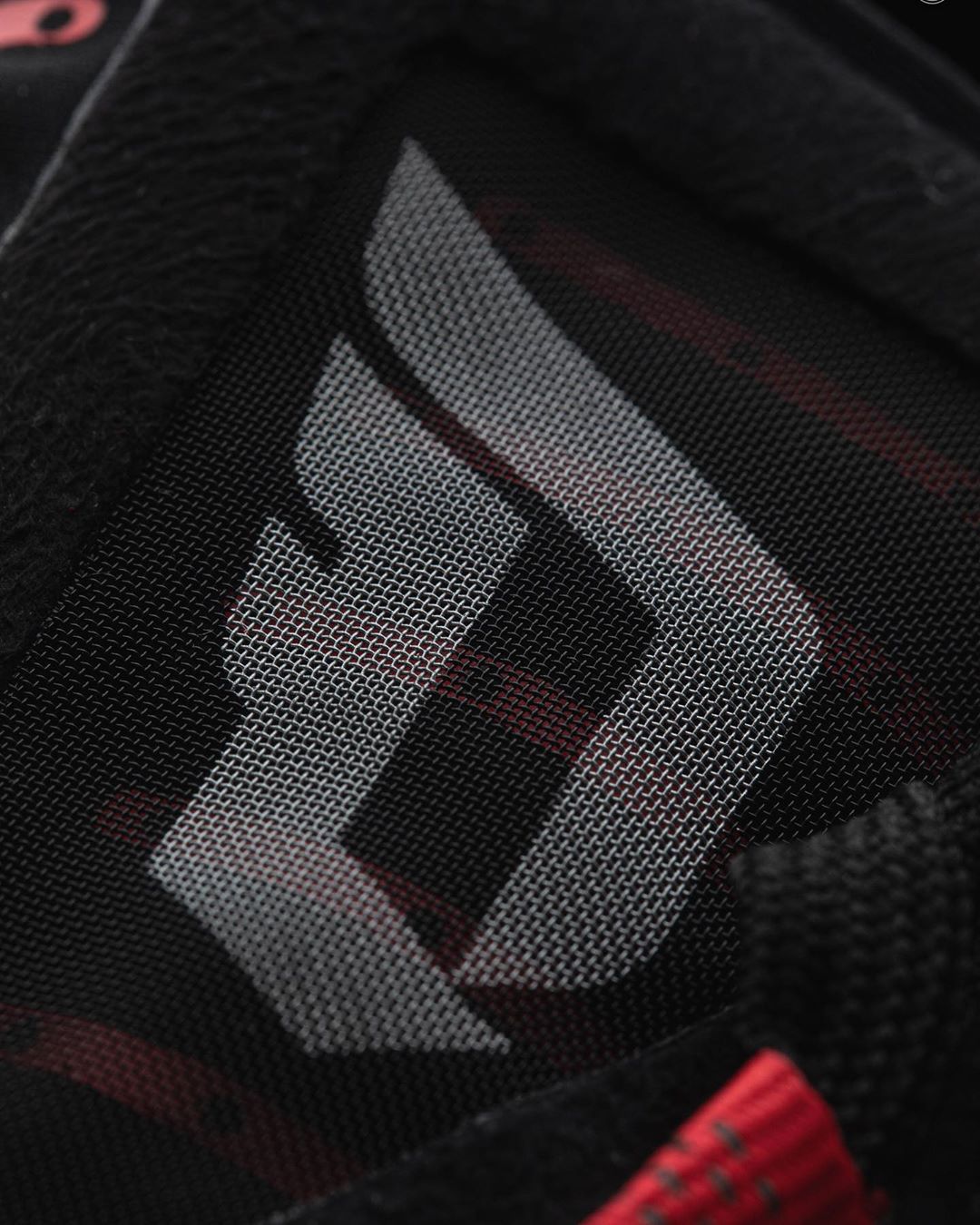 The “Hecklers” colorway pack draws inspiration from Lillard’s ability to hit the big shot in the clutch, not unlike the long-distance jumper he sank over the outstretched hand of then-Oklahoma City player Paul George. The “Hecklers” pack uses four different bold colors — yellow, orange, blue and black — with a graphic print of zipped-up emojis. Each colorway is designed with a “Get Dealt With” message and the word “hecklers” located on the heel tab.

While Adidas explores the personality of Lillard off the court, including his mindset and what challenges him, Taylor embraced a new level of technology in the sneaker line. The Dame 6 is the first of the NBA player’s signature models to feature Lightstrike technology, a midsole designed to balance lightweight cushioning with responsive feel. With Lightstrike running the full length of the shoe, an anatomical webbed lacing system was designed for a more lock-down feel during movement. The mesh upper comes breathable and the translucent outsole includes a new traction pattern with a dynamic heel edge and rounded edges designed for multidirectional movements. 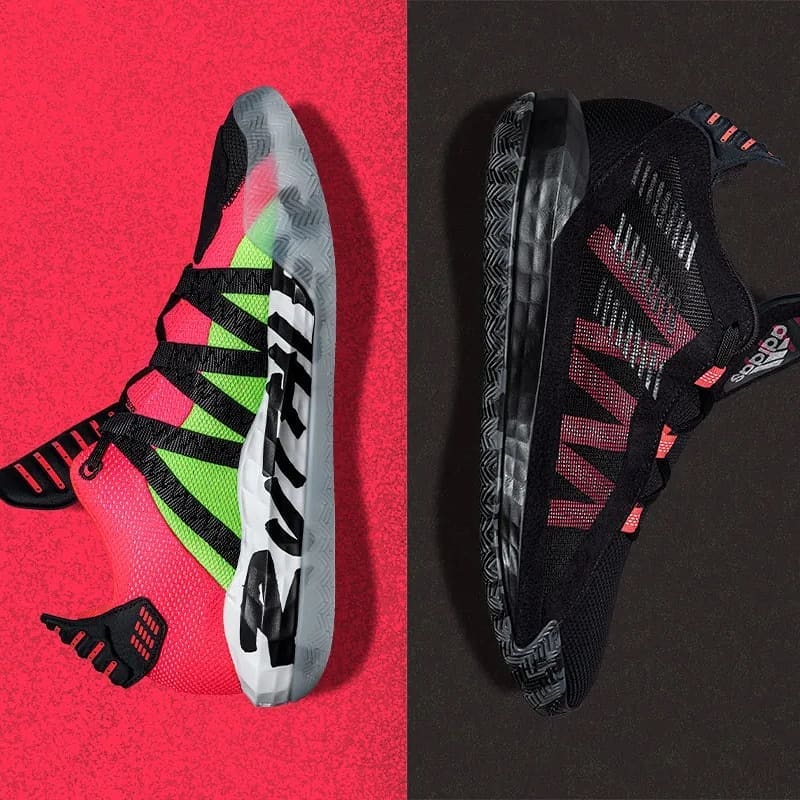