Designing the Future of Nature

As biology becomes more engineered, how can design shape our interactions and relationships with other forms of life? I use taxidermy as a design tool for building prototypes of animal evolution that reflect the potential of human influence and desire on the future of nature.

Designing The Future Of Nature

The Problem
This Century has been hailed as the ‘Biotech Century’ in which we will replace industrial technology with biological technology. However, it is simultaneously a century of mass Extinctions where it is projected that half of the 9 million known species on earth will disappear by the end of the century. Animals may have evolved through ‘Natural Selection’, but today and in the future they will survive or go extinct because of ‘Human Selection’. Can we imagine a world without wild animals?

The Solution
My work imagines a different future than a world without wild animals. Rather than preserving and
conserving nature, I wonder how we can EVOLVE it to remain with us. Can we use new discoveries in the field of evolutionary developmental biology, coupled with advances in biotechnology to DESIGN the future of human interactions with nature? Using real groundbreaking scientific research into microbiology and the genetics underlying evolution, I imagine how biotechnology could enable us to create and discover new pathways of evolution and become both the designers and explorers of a future wilderness. These proposals are speculative, but their forms, functions and behaviors are all possible and are based on evolutionary
precedent and scientific research. If you are curious about this research, I would be happy to share more.

The Orchidacaea Sanguinalis, or Bleeding Orchid, is a prototype I designed and built which displays the ovulation cycle of females living in close proximity. It is not just beautiful, but through its bloom cycle it becomes an active influence on human sexual and reproductive behavior. Although many plants inter-communicate though pheramonal messages, this is believed to be the first species sensitive to human pheromones. 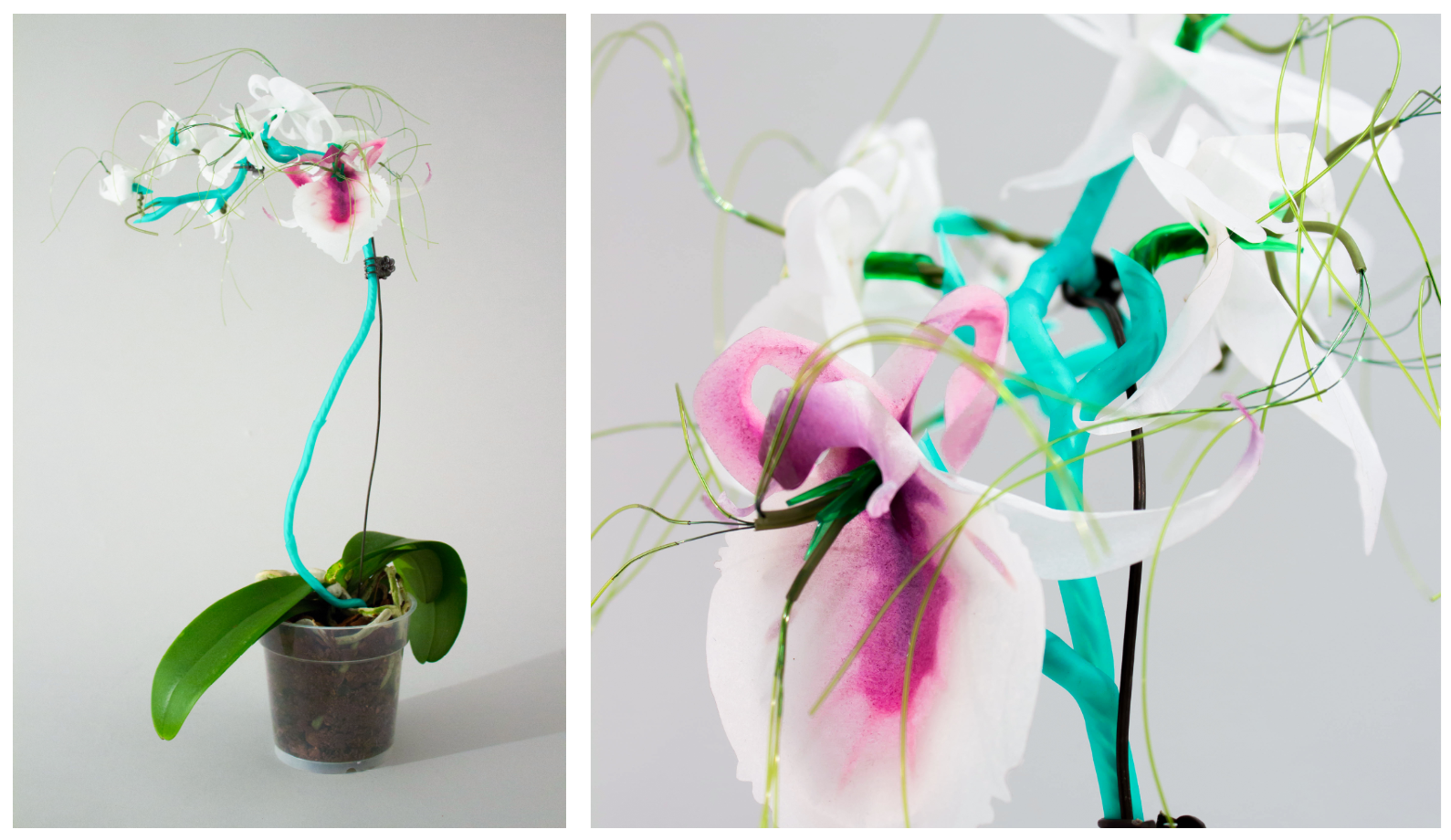 In the final chapters of Darwin’s ‘On the Origin of Species’, he states that:

There is grandeur in this view of life, with its several powers, having been originally
breathed into a few forms or into one; and that, whilst this planet has gone cycling on
according to the fixed law of gravity, from so simple a beginning ENDLESS FORMS
most beautiful and most wonderful have been, and are being, evolved.

Rather than preserving animals as artifacts of a wilderness that no longer exists, perhaps weeed to evolve them to live in the world we are creating. What if we redesigned the zoological park to re-enforce and celebrate the evolutionary potential of animals? 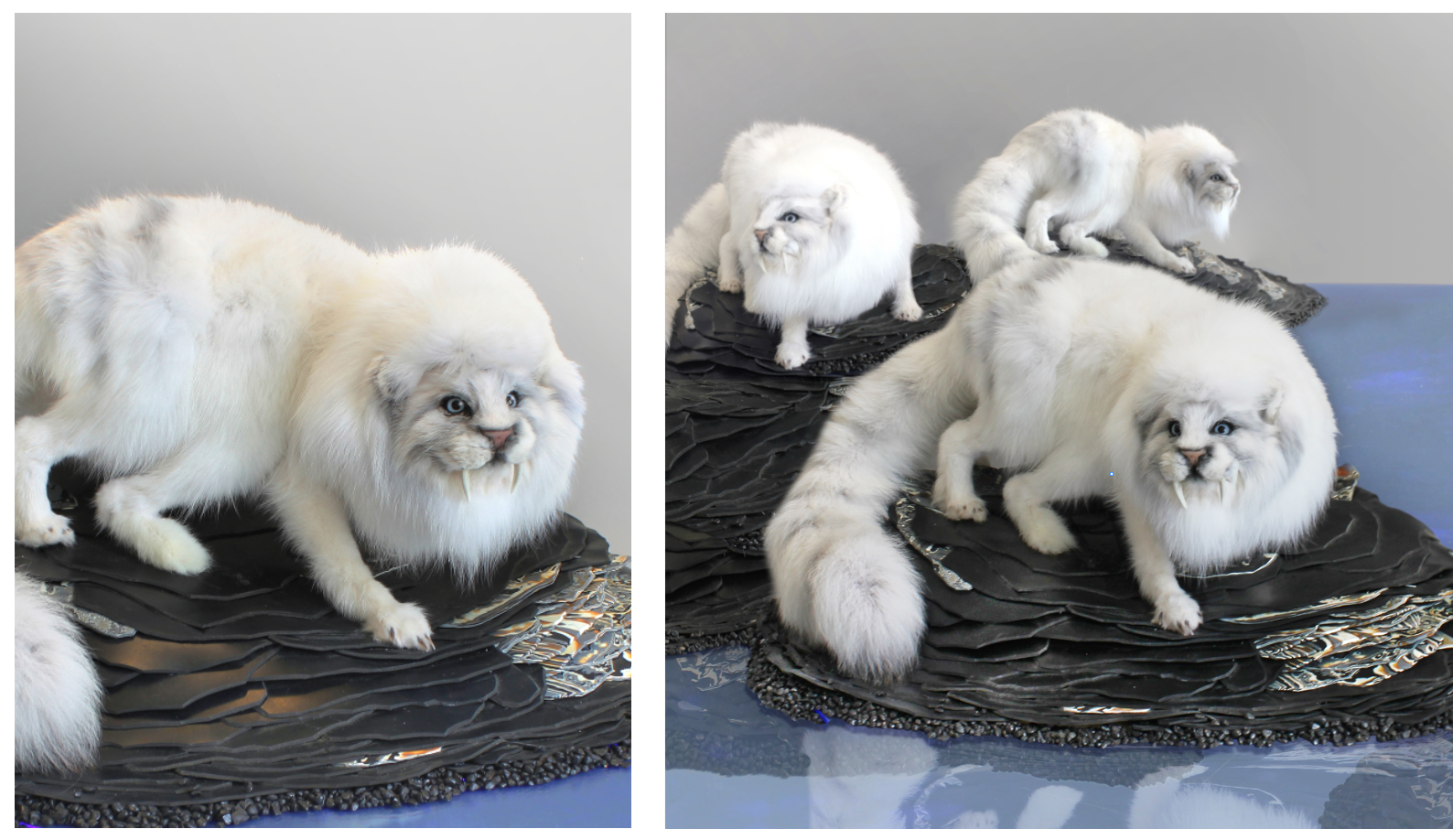 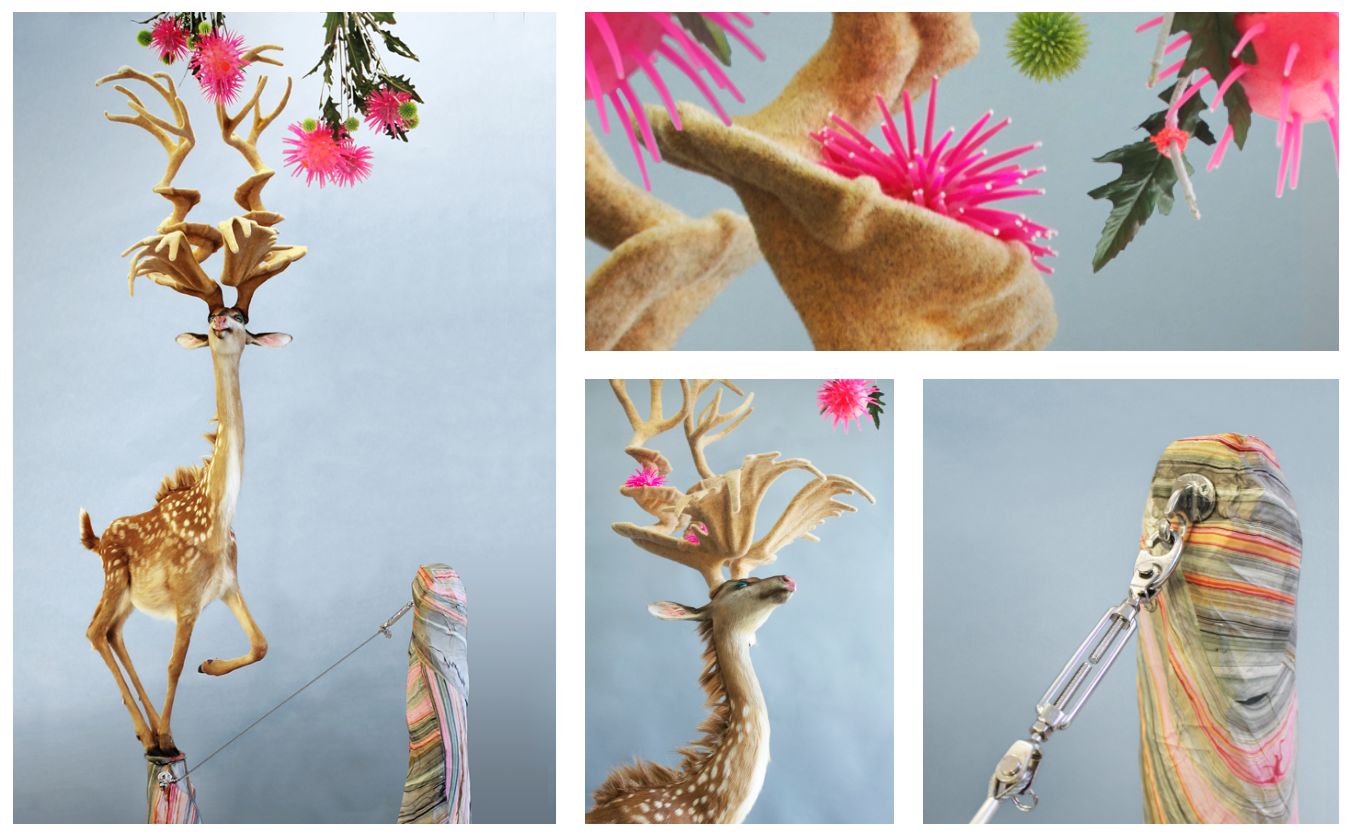 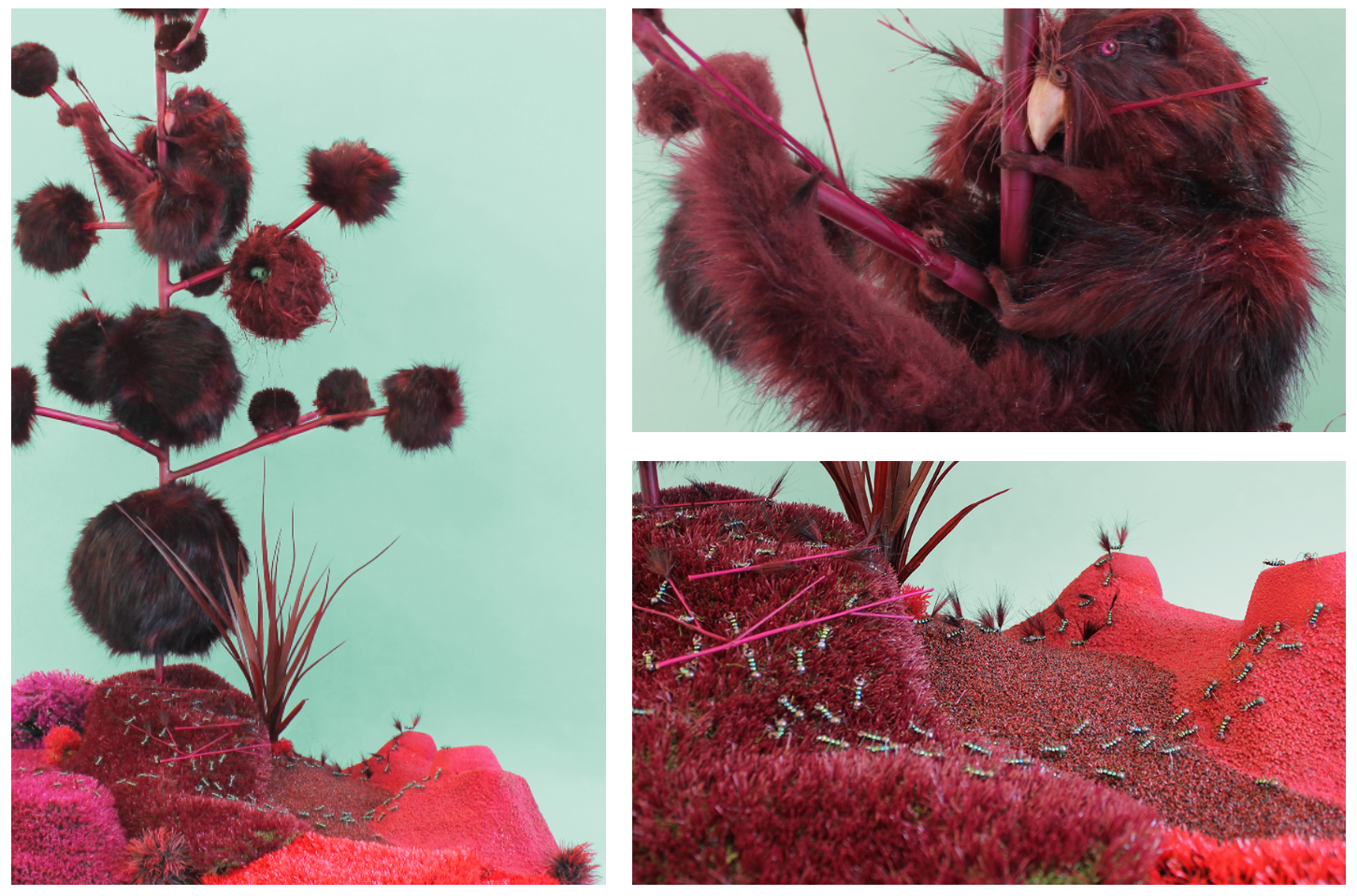 Examining the cultural institutions that have shaped human engagement with and perception of wild animals -The Circus, Zoological Garden, and Safari Park- this ecological prototype aims to represent the next generation of human to animal interaction.

Within ‘Regent’s Park of Evolution’, animal habitats have been specifically designed to enforce the re-adaptation and re-purposing of genetic mutations within designed species. These new breeds are engineered (evolved through synthetic biology and artificial selection) for life in a man-made wilderness. Visitors are invited to become explorers in a new age of discovery, and to consider the impact that direct contact and observation of wildlife has upon our collective imagination. 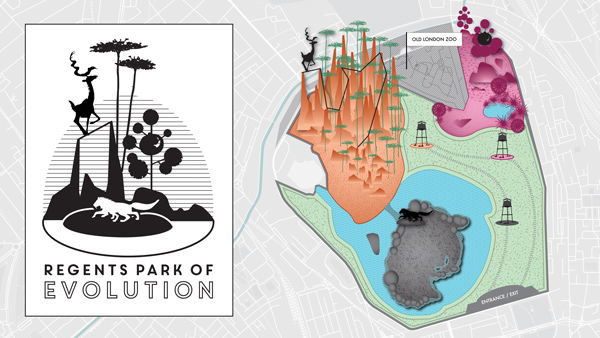 Propelled by the work of animal scientists, welfare advocates, food ethicists, ethno-botanists, sociologists, biologists, and anthropologists, this project is an attempt to question the current cultural institutions through which we relate to animals.

Utilizing taxidermy and various techniques of scientific model making, each diorama is meant to create a picture of reality that convincingly conflates the potential of science with the possibilities of fiction. By grounding each creature’s anatomy in existing morphology (a branch of biology structure within organisms and their specific features), these animals represent a speculative morphogenesis that should raise awareness of the remarkable adaptations already existing within ecologies, but also prompt viewers to question what types of experiences could be created by involving technology, human desire, and imagination in the future of our coevolution with other forms of life.